EB-5 Regional Center in Miami Is Shutting Down

The EB-5 program, having been created by the Immigration Act of 1990, was initiated in Miami in 2014. The goal of the program, which was put into action in the city by Mikki Canton and the Mayor Tomas Regalado, was to bring more foreign investments into the city of Miami.

The EB-5 is a visa program that is specifically for immigrant investors, and it is a way for foreign nationals to get a green card, as long as they invest money in the United States. Under the program, the foreign national is required to invest half a million or a million dollars depending on the location of the project.

Problems With the EB-5 Program in Miami

Many believed that this might be a good way to help spur investment into the economy of Miami. However, the EB-5 regional center in Miami is now being shut down. It turns out that the center did not produce any visas and it did not generate any money. In fact, it appears as though the center did not do anything that it was promised. When the program began, many people thought that it had the potential to create new jobs in the city, and that it would be a good option for real estate developers. While there has been some financing obtained for real estate development, it turns out that there have also been fraud and abuse cases.

When the program started, the first project that came through was Panorama Tower. The project was seeking 99 investors that would add $49.5 million to the development and create thousands of jobs in the process. However, this did not happen. In fact, the project has never received any money from the regional center. Problems like this have led to the closure of the regional center a mere four years after it was created and launched.

While this might seem like a problem for the EB-5 visas in general, that does not seem to be the case. It is still possible for those investors who are seeking these types of visas and who do want to make investments in the country to go about getting the EB-5 through other means, namely by checking with centers that have private funding and through the regional office of the state of Florida. Just because the regional center in Miami is gone does not mean that EB-5 visas don’t work or that investors should ignore the city and state. There are other options available that can work for you, as well.

For those who are seeking this type of visa, it is important, however, to always vet the centers and funding groups that you are working with to make sure that they are legitimate and that they can help with the EB-5. Seeking legal aid to help with the verification of these companies tends to be the best course of action for most, and a smarter way to a green card and investments. 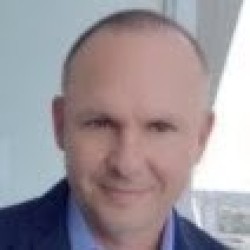